I’m a contributor on the @MSTCommunity and lately there have been some questions regarding Outlook visibility and failure to create  Planner plans from Teams! Many of these issues has been related to Teams created from the fairly new Teams tab in TAC (Teams Admin Center)

I haven’t been creating Teams from TAC that often since I do it other ways, but I’ve done some digging and found out some things occuring ( or not occuring ) when a Teams is created from here, and how this may affect you!

Let’s start from the beginning by creating a Team from TAC: 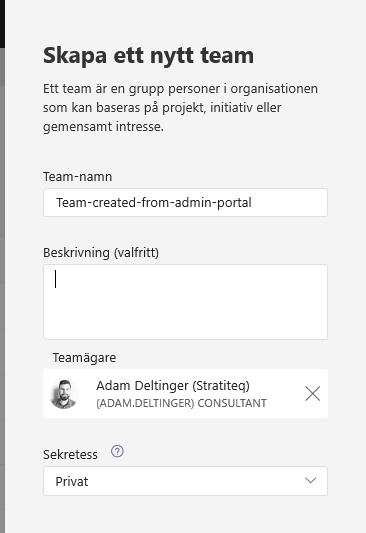 In the Teams overview I now see that my Team was created and there is 1 Owner and 1 member! This seems fine!

It has showed up as expected in my Teams team view and when checking members I see that I’m indeed the owner. I’m not listed twice as both owner and member, and this is also expected!

If I now try to add the Team plan it’s nowhere to be found! Also checking in the Planner app, no corresponing Plan has been provisioned!

Normally, creating a Team from for example within Teams, will result in a plan being provisioned.

Also if I try to create a new plan, I get an error! I’ve seen numerous posts in the TechCommunity Teams and Planner forums about this error! 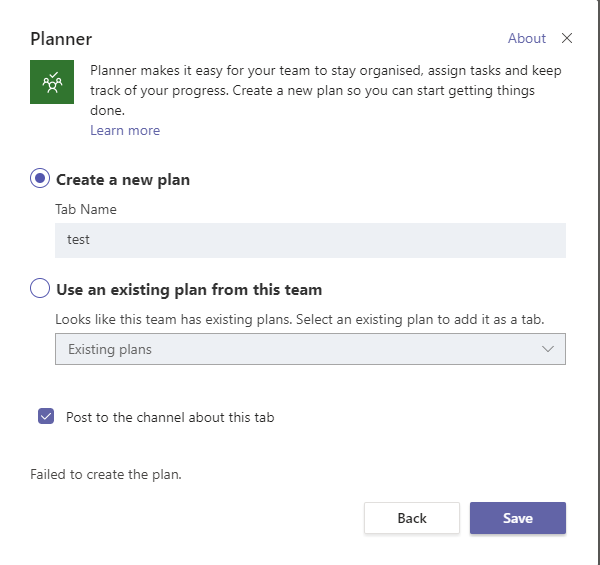 So, now I went to the Admin Portal -> Groups and searched for my corresponding Office 365 group named ” Team-created-from-admin-portal” I went into the member section and this is what it looks like:

I wasn’t listed as a member, only owner of the group! When you create a team from “Teams” the default is that you will be added as both Owner and Member to the group.

( In teams you will only show as either owner and member of a team, as shown earlier )

I can see this is being by design because the admin creating a team often shouldn’t be an actual member of that team! But in reality the admin will be a member from Teams perspective anyway?

I added myself as a member of the group as well:

All of a sudden, the plan ” Team-created-from-admin-portal” was provisioned in Planner! I tried to add this as a tab in Teams once again and it was now found straight away:

I could now also use the new plan option without any error: 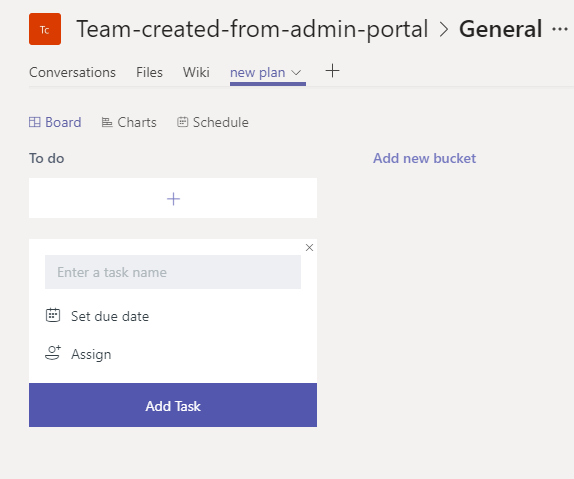 What I also discovered was that immediately after adding myself as a member of the group, the group showed up in my Outlook! 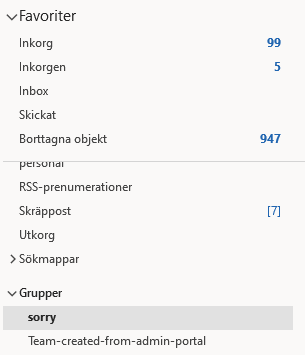 What does this mean? That means creating a Team from TAC will not hide the group from Outlook by default! This is the case when creating a team from Teams since last summer! I strongly believe this should be the same when cresating it from TAC,, because in both create options the Group is created from a teams perspective!!

This means the attribute “-HideFromExchangeClientsEnabled” is set to False here. You will then need to set it to True if you want to hide it in Outlook!

This is a few things I noticed while creating a Team from TAC! I find them rather strange and I believe they need to be addressed in some way!

There might be other things that occurs differently while creating a team in TAC! I’ll investigate further and if you know or find anything else, please let me know!