I’ve read many blogposts about the “Community”, all which are great, and I love to read about other peoples perspectives and journeys! Not until last week, when I was thinking about a topic for my next blog post I actually thought of doing this myself! I realized the importance to myself, of acknowledging the greatness of the community and all the amazing people out there that helps building it!

And here it is!

My journey started about in August last year when I stumbled upon the TechCommunity forums when searching for a solution for an issue I had! Since I was in the early phase of being a Microsoft Teams fan, I ended up in the Teams forum reading some of the posts there! If I remember it correctly, there was a new question posted right at that moment, and I actually knew the answer for it!! I thought “Let’s do this” , signed in with my Microsoft account and answered that question like a pro!

Or so I thought…

I checked in a few moments later and this guy Christopher Webb had replied to the same post with an answer way better than mine!

This is how my journey began….

I soon discovered that the TechCommunity was indeed a community by itself!  I started to hang out in the Office 365 and Microsoft Teams forums on a daily basis and was answering all the questions that I felt I knew the answer for or could add further value to! What I never expected was to learn an incredible amount just by contributing and reading answers by other contributors like Webb, Vasil Michev, Juan Carlos, Tony Redmond and many others, who by that time and still are – rockstars of these forums!

I came in contact with several of these amazing people and also later on Chris Hoard, who just like me, popped up from nowhere and have made an amazing journey in the TechCommunity! He is by the time of this writing in the top 3 on the list of all time top contributors on the Microsoft Teams forum, and I’m also proud to say that he is now a really good friend of mine!

It didn’t take long until I started being active on Twitter also! I had been using Twitter for a while, mainly to keep up with news, but since I actually knew some of these people now, I started reaching out and got to know even more people from world of Office 365 and certainly Microsoft Teams!

I stretched beyond the TechCommunity and started contributing on Twitter, LinkedIn, writing blogs and started my own Microsoft Teams Usergroup in Malmoe, Sweden, with now 66 members!

Later on, me and Chris Hoard started the European Teams UG with the purpose to expand the community even more, and to give people from all over, the opportunity to start doing public speaking!

I can’t count how many hours I’ve put down into contributing in the community this year alone, but it’s been one of the best rides ever and totally worth it! I’ve grown in my profession by having learnt so much from the community, evolved a secret love with Microsoft as the company it has become today, and of course with Microsoft Teams and Office 365!! Most importantly and what keeps me doing all this, is the people out there in the community I’ve had the privilege to get to know, that has helped me, have given me appreciation, and have let me help them!

I have a lot going on ahead and I’m looking forward to meet new people, learn new things and keep contributing as much as possible to help others! After all, it’s what the community is all about! Cliche for sure, but true indeed!

Feel free to reach out to me anytime and you will always find me on Twitter, LinkedIn and of course the TechCommunity 🙂

Finally, I just want to call out some people that helped and supported me along the way! These are just a few of them and the list keeps growing! 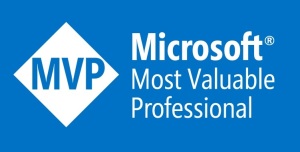